We are celebrating the British Tomato Fortnight in style!

EVG who we work with on packing and marketing our fruit, came up with the idea to get a tomato shipper into Sainsbury’s stores during the British Tomato Fortnight, 23rd May- 5th June.

With Sainsbury’s being a long established customer of ours, it was a great opportunity for us to get on board and help promote British tomatoes.

Since then, most Sainsbury’s stores now have a shipper like this somewhere in the fresh produce section. However, if you stop by Sainsbury’s in Leamington, you will see our very own Roly Holt.

After putting Roly’s picture on the stand, just a couple of days later, Stuart the store manager stated that sales of British tomatoes had increased by 120%. We are extremely happy about this and wish the growth of British tomato sales continue to increase.

Let us know if you spot Roly in Sainsbury’s. Share on social media and tag us in your photos. 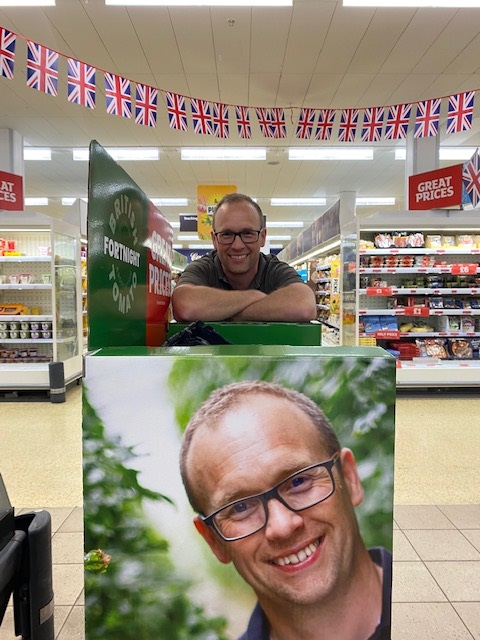